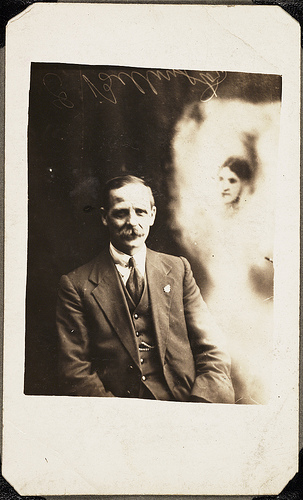 The world of psychic mediumship can be a tricky one to grasp, thanks to there being so many different terms and phrases that you need to remember in order to understand it. One word that many people get confused on is Spiritualism, and therefore what a Spiritualist believes in.

So what is spiritualism?

Being a Spiritualist is a kind of religion that is focused on the belief that when people die, their spirits remain on Earth. They believe that these spirits can also communicate with the living through various forms of communication, including mediumship.

Plus, they also believe that the spirit world in which these departed souls reside in is not static. Instead, the spirits that inhabit it continually evolve and grow.

What are the main beliefs of a spiritualist?

The main belief that is the foundation of spiritualism is that people survive their deaths by ascending into a spiritual form, away from their physical one. The way that this occurs is directly related to how they lived their life in their physical body. For example, if they lived a very virtuous life, then the condition of their spirit will be very good.
They believe that communication can be made with the spiritual world, which runs parallel to our physical one. They also believe that spiritual healing can occur as a result of this communication, sometimes for both sides.

How do they practice spiritualism?

Many spiritualist gatherings were historically for demonstrating and dissecting mental phenomena that many people had abilities for. These included clairvoyance, telepathy, and indeed the communication with these spirits.
Modern spiritualism is focused however more on the healing that can be gained from communicating with the recently passed, or even centuries old spirits. Its effects can be seen in instances where a grieving mother has gained closure by talking with the son she has recently lost.

It helps to give people a sense of peace and ties up loose ends that were left at the end of those spirit’s lives. Moreover, spiritualism can also encompass some areas of Christianity, and helps people to worship God in their own way, especially if they’ve recently left conventional Christian practice for any reason.

What are the Nine Principles?
To help explain their beliefs further, the US branch of spiritualism has created nine key principles:

1. We believe in Infinite Intelligence
2. We believe that the phenomena of Nature, both physical and spiritual, are the expression of Infinite Intelligence.
3. We affirm that a correct understanding of such expression and living in accordance therewith, constitute true religion.
4. We affirm that the existence and personal identity of the individual continue after the change called death.
5. We affirm that communication with the so-called dead is a fact, scientifically proven by the phenomena of spiritualism.
6. We believe that the highest morality is contained in the Golden Rule: ‘’whatsoever ye would that others should do unto you do ye also unto them.’’
7. We affirm the moral responsibility of the individual, and that we make our own happiness or unhappiness as we obey or disobey Nature’s physical and spiritual laws.
8. We affirm that the doorway to reformation is never closed against any human soul here or hereafter.
9. We affirm that the precepts of Prophecy and Healing contained in all sacred texts are Divine attributes proven through Mediumship.

These principles make up the main beliefs of spiritualism and state that anybody, no matter what they have done or committed in the physical or spiritual realms, can become healed again.

So, to recap, Spiritualists use mediumship as a way to communicate with the dead once they have passed over to the spiritual world. They can practice this alongside the worship of God, and the practice has been known to give great spiritual healing to those who need it.

In case you missed it